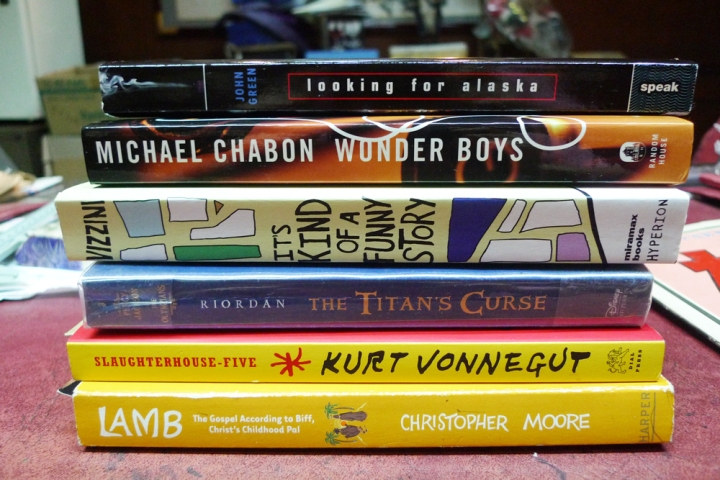 One of my many goals this year was to read at least 40 books. Fifty being the original plan, but I’ll just save that for 2011 because obviously, I do not have the powers to cram-read 16 books in 48 days. ; )

I spent a good deal of year 2010 reading and re-reading some epic series titles such as The Hunger Games and Harry Potter, but I was likewise able to read some choice selections which became instant favorites such as  The Book Thief, Looking For Alaska, and some others. This is actually one of the only two goals I stuck to this year. (The original being 10. HEHE.). The other goal was having a consistent Devotion. So that’s two check marks for me. : )

So 6 more titles to go before I complete my 40-book list, and here are my picks in order (5 new reads + 1 re-read before the year ends):

I’m reading Lamb and Slaughterhouse 5 right now. And honestly, I’m having a hard time finishing the former. I mean, sure, it’s hilarious, but I just don’t want to continue any longer. : ( I’m really tempted to toss it aside already. I guess it’s a good thing though that I inherited some of my mum’s OC genes. I can’t wait to finish Lamb. Hopefully, I be able take these words back after I read it. : s

P.S. I have been enjoying Slaughterhouse 5 quite immensely. : )