I remember ending 2010 with mediocre hopes and a “whatever happens, happens” mindset. Not to say that 2010 was trivial; it was a fun balance between being a student for the last time, and entering the workforce. 2010 was a half-baked year, bidding farewell to the sheltered environments we grew comfortable with, and jumped head-on into the real-real world.

Our parents, teachers, and professors worked hard to prepare us for this “real world”, but what was it, really? They said this world would come in high school. NO. In high school, they said the real world would come in college. Still, NO.  We were so thrilled to face this so-called real world. But the moment we stepped foot out of our universities, joined the world of the unemployed, entered the concrete jungle, and experienced stress levels beyond our imaginations, we wanted to run back. We were so antsy to receive our diplomas and earn what we worked hard for. But now, we find ourselves stuck in reverse most of the time. Well, at least I do.

What we thought we were ready for, we couldn’t even face. But this is our world now. So I guess, we just have to deal with it.

2011 was a very overwhelming year. It was strung together with high-highs and low-lows, but I realized that it wasn’t the peaks and depressions that mattered. Rather, it was the in-betweens that made 2011 one of the most memorable years ever. When I talk about the in-betweens, I am referring to the little things that helped me get through where I am today. In hindsight, there were a lot of things I could’ve done right in 2011. I could’ve dealt with things properly, and not let my fears get the best of me. I guess, looking back, I had to learn the hard way to get things right.

And for once, I won’t be dwelling on the dark and trying times of 2011 simply because I know it’s something I’m letting go of. There are some parts of in your life that you need to empty out in order to welcome peace. 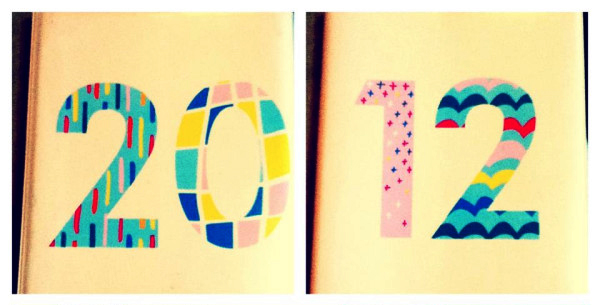 When I think about 2012, three words come to mind: hope, promise, and faith. Hope, in the sense that it’s a fresh start. Promise, because I firmly believe that bigger things are going to happen through the course of next year. Lastly, faith, because I believe that I will be walking on water in 2012. The first time I thought about it, it was more of a “losing-myself-but-finding-something-to-hold-on-to” kind of thing, but now it’s clearer to me that what “walking on water” really means for me in 2012 is holding on to the person I am already becoming, especially during the storms of life.

2011 has been a year of both brokenness and discovery. What killed me made me so much stronger. I discovered so much about myself through my travels, through the books I read, through writing, through my friends, and most importantly, through my faith. 2011 was a year of broken connections and strengthening relationships, of letting go and letting in. It was a year of falling flat and soaring high. 2011 was a year of many things, both good and bad. But in the end, 2011 was the year that saved me. And with that, I bid 2011 not with remorse, but with gratitude.

I hope life breaks you, and from the disaster, I hope you come out brand new and beautiful.

And, as has always been one of my favorite year-ender rituals, I will share with you this extended New Year’s benediction by Neil Gaiman. Let’s all dream dangerously and outrageously this 2012.

May your coming year be filled with magic and dreams and good madness. I hope you read some fine books and kiss someone who thinks you’re wonderful, and don’t forget to make some art — write or draw or build or sing or live as only you can. May your coming year be a wonderful thing, in which you dream both dangerously and outrageously. I hope you’ll make something that didn’t exist before you made it, that you will be loved and you will be liked, and that you will have people to love and to like in return. And, most importantly (because I think there should be more kindness and more wisdom in the world right now), I hope that you will, when you need to be, be wise, and that you will always be kind. And I hope that somewhere in the next year, you surprise yourself.