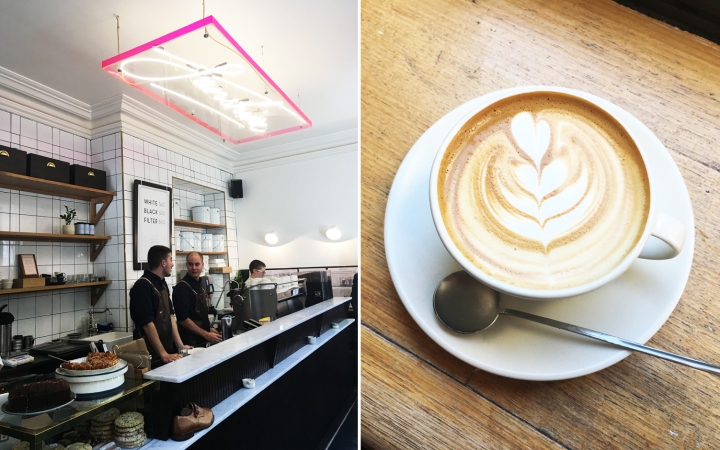 I’ve finally taken the plunge and invested a good amount of savings on a trip to Melbourne, where I finally satiated my yearning to taste the many offerings the city has lured and tempted me with for quite some time now.

To say that everyday here was a feast is an understatement. I gorged and indulged, felt I hit the limit, brushed it aside, and then gobbled a bit more. I had to strategically space out my days and my digestive real estate to make sure I was able to try a little bit of everything (and drink as many cups of coffee as I could) without getting myself into trouble.

Below is a list of places I visited with great coffee and tiny bites (well, not so tiny if you order 3 types of donuts or croissants in one sitting).

T Cavallaro and Sons—goodness, where do I even begin? A stone’s throw away from our Airbnb at Footscray, this quaint little pasticceria serves some of the most delicious cannoli I’ve ever had. I wolfed down the Ricotta and Dark Chocolate & Vanilla in seconds, and snacked greedily on their Lemon Tarts and Italian Cookies (that were gluten-free) like there was no tomorrow. 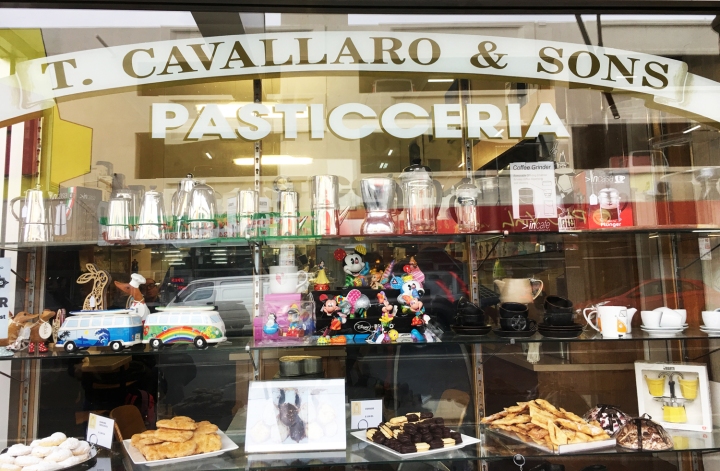 But of course, there was a tomorrow, so I got myself more.

Rudimentary Coffee stands out as an inviting community space right smack in the middle of the residential area of Footscray. The sustainable business model of this coffee shop amazes me. For example, located at the rear of the space, coffee grounds are combined with kitchen garden scrapes to produce compost that is used in their garden. And while the shop reminds me of a really sleek container van, it’s a great place where you can waste an afternoon writing, daydreaming, or chatting away. 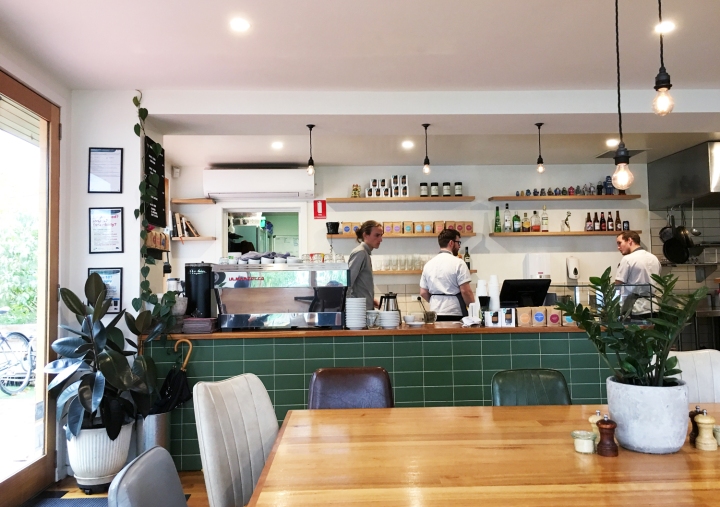 When people tell me that a certain place serves the best of something, I tend to be a bit sceptic. So when friends told me that Market Lane serves some of the best damn coffee ever, I was instantly in doubt. But I was wrong, and they were right, and I now join the league of individuals who champion Market Lane as a shop that serves some of the best coffee you’ll ever have. I had a coffee here that tasted like Chocolate-Covered Nectarines and another that tasted like Cinnamon Buns. And another that tasted like White Chocolate and Peach! 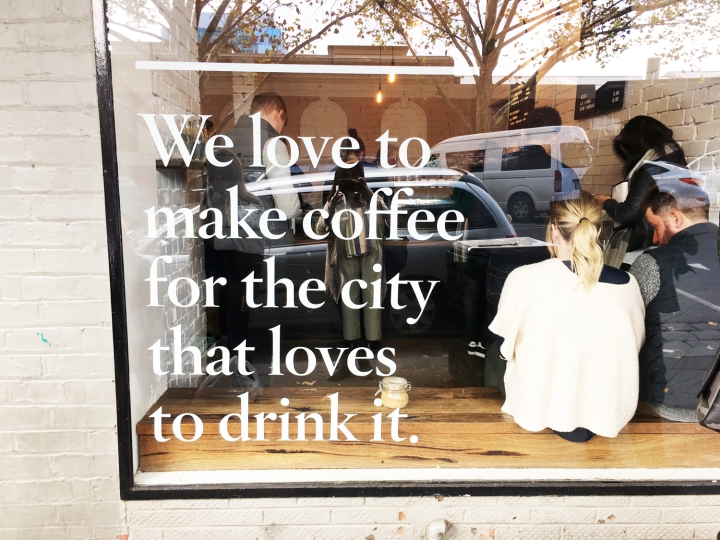 We had Messina during an 8-degree winter evening, after a filling dinner at Saint Crispin. (Sorry for the crappy photo!) I was overwhelmed with all the flavours that all tasted good (I kid you not because I shamelessly tried a “bit” of everything). And as I was about to settle with my default gelato flavour (after tasting almost all of them)—VANILLA—I saw the Arnott’s-inspired Wagon Wheel Gelato, tempting me with raspberry and chocolate chips, and I ended up nursing a cup of that .

Tim Tam also has a special collaboration with Gelato Messina—the Coconut Lychee flavour is a godsend. Trust me, we hoarded everything that was left in Coles.

Entering Lune feels like walking inside a warehouse made of butter. I can’t even begin to describe how quickly my mouth watered as the smell of flaky, buttery croissants wafted towards me. It was like wrapping myself inside a blanket made of freshly-baked pastry dough, taking a long nap, and eating my way out of it. Trust me folks, the hype is real. I also wanted to try the Popcorn Cruffin, but they ran out it. 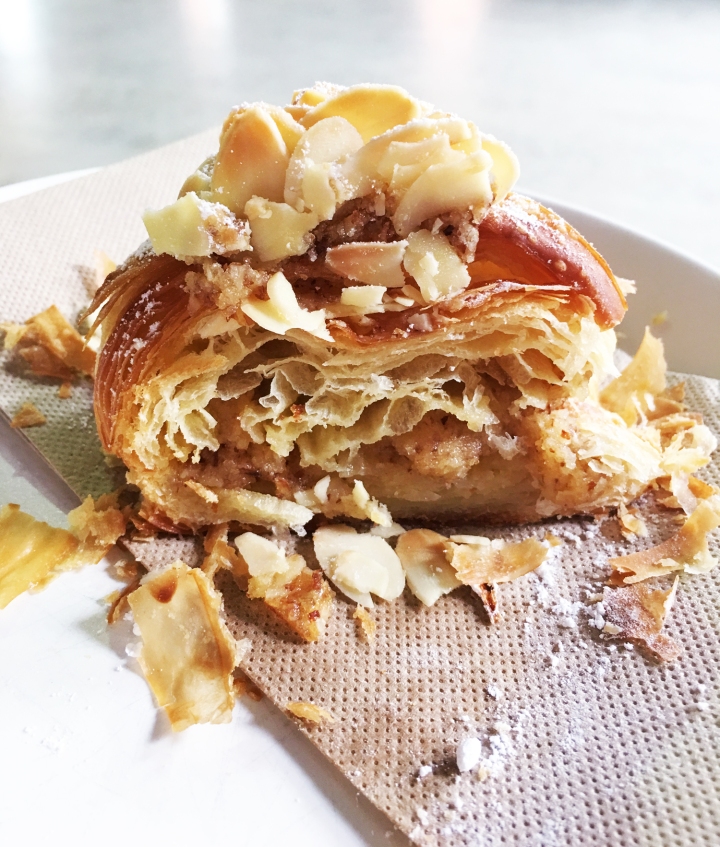 If I were to do a repeat eat, it would be the Twice-Baked Almond Croissant, which was made with almond frangipane & garnished with a generous shower of flaked almonds. Too good. 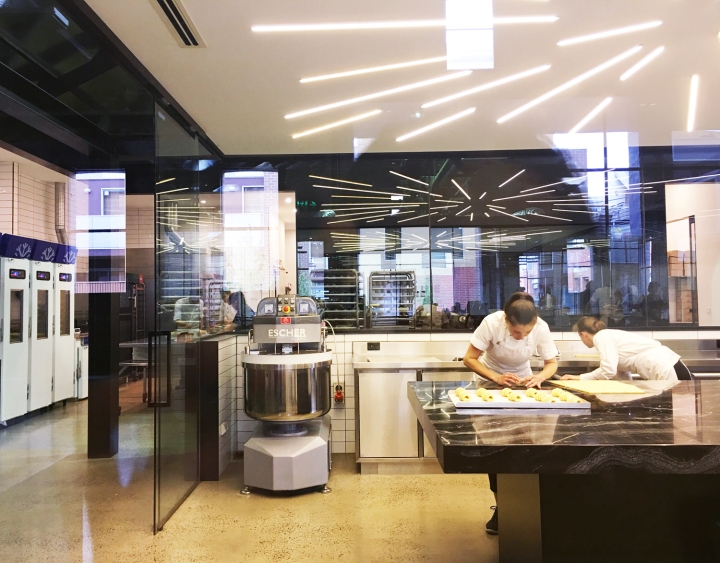 6. The Vertue of the Coffee Drink

This place has a great vibe. With lots of sunlight leaking in, I snuggled up with my new book and read a few pages of it here. It was lunch hour, so the space was a bit tight—or maybe I was just feeling extra claustrophobic because of my thick jacket and post-croissant state.

Brunetti, we were told, is an institution in Melbourne. Our Italian friend, Marcel, brought us here and fattened us up with his favourites. Without regret, I munched on an immaculate Nutella cannolo, some almond cookies, and a ricotta cannolo (which was sprinkled with dried fruit and tasted like fruit cake).

Patricia is definitely one of the warmest and snuggest coffee shops I’ve been to. Observing the place, people literally just come and go with their cup of coffee. The iconic space has been featured in tons of magazines with the signature Sunshine light installation being the most photographed part of the space. That, and the set of tiles that spell out “Standing Room Only”, but it was hard to take a photo of because there were a lot of people when we dropped by. I really liked the design of this space, though. Albeit packed; it’s worth a visit. 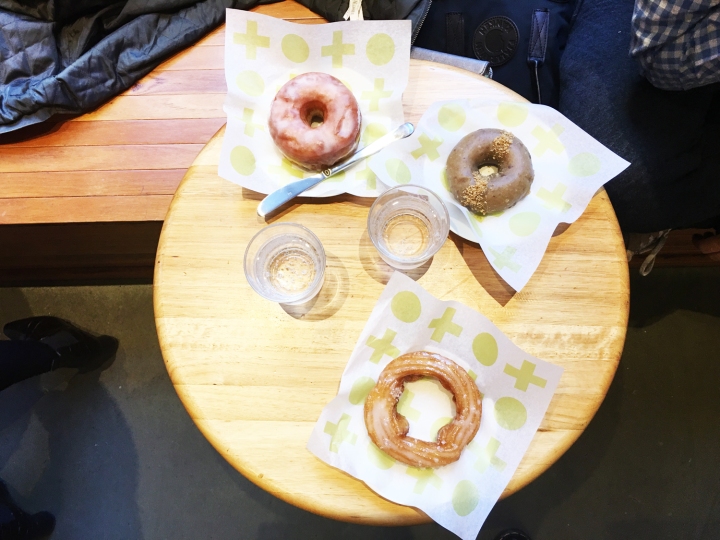 One of my biggest regrets of this trip was not taking home a dozen Shortstop Donuts—actually, make that a dozen Australian Honey & Sea Salt Crullers. Crisp, light, sweet, and with nice patches of salt to bring out more of the honey-ness, I question myself as to why I did not come back for a second round. All these excuses about “self-control” and “discipline” during my trip, I now regret. 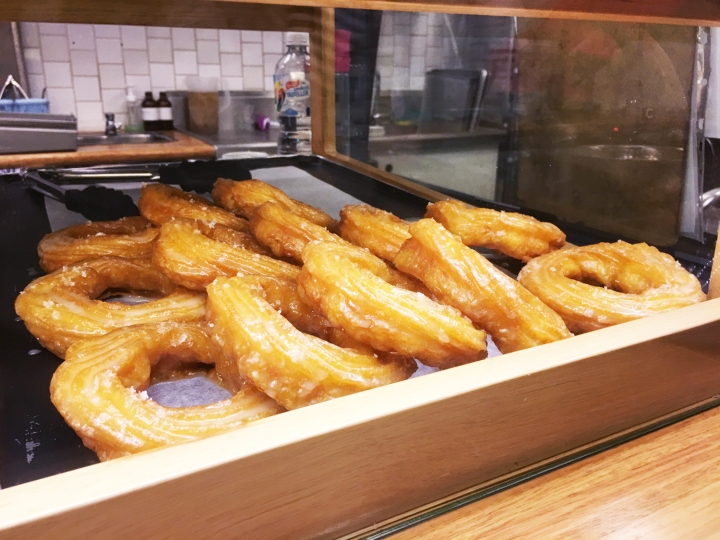 They say this place is a coffee institution, and I believe it to be true. It’s a nice break from all the clean, minimalist, and sunlight-filled coffee shops of Melbourne. The vibe here is warm, and a bit akin to a pub. And as most coffee shops in Melbourne are, this place was especially packed, but I managed to step out caffeinated and sporting a new tote bag. Yay!

A dirty chai is made of, well, chai (usually masala), milk, and a shot of espresso. I also happen to like soy, and Australia is known to be Bonsoyland, so I knew I needed to get something with soy in it. I met up with my friend and ex-colleague, Kathy, here, and we stayed until closing. Sensory Lab also has an impeccable Salted Chocolate Cookie, so remember to swipe one if you see it.

We came here for a “quick cup” before heading to Mörk, and this being our second-to-the-last-day in Melbourne, I knew I had to “start living a bit more”. Again, I had the dirty chai with soy milk, and a Coconut Lime Slice that was sweet, and tangy, and nutty. It tasted a bit like sun lotion (now that I think about it), but in a nice, edible way. Code Black Coffee has a nice minimalist space and genius seating fixtures. It also has more tables and chairs compared to the smaller coffee shops I visited, making it a great place to relax and unwind.

I like a good brand with a good story. What I love the most about Mörk Chocolate is the thought and care that goes into each cocoa bean. Think of it as the chocolate equivalent of specialty coffee. You have words such as “traceability”, “fair trade”, and “artisanal” used to describe a product that has been so widely-used in different iterations. And the best thing about it is that this respect and depth given to the chocolate is paid off and translated into really flavourful treats. 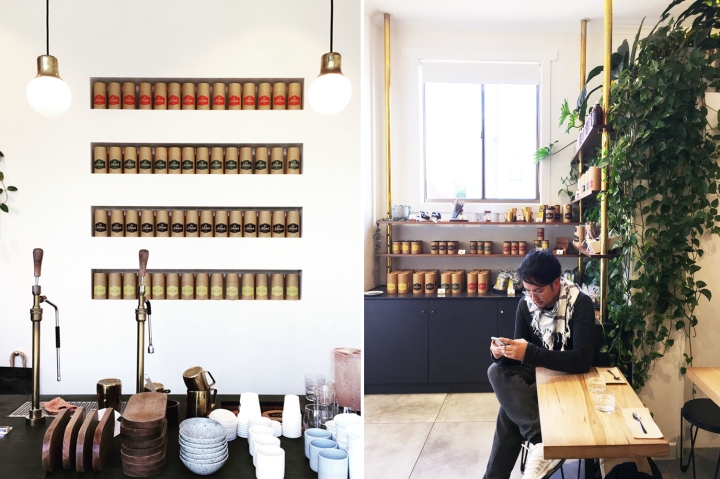 I had a fantastic cup of coffee here that tasted like watermelon and taffy. Auntie Pegs is a pretty straightforward coffee bar (they only sell black coffee here—sadly, that means no lattes or flat whites). By the same folks behind Proud Mary Coffee, they also sell coffee rubs for meats!

Melbourne is an amaaaazing city. There’s so much soul and the energy is just great. Man, I’m having relapses as I type this out now. Let me know if you’ve tried any of the places above, or leave a note in the comments section with your Melbourne recommendations (so I can try them on my next trip!).

One thought on “Melbourne: 14 Places for Tiny Bites and Coffee”