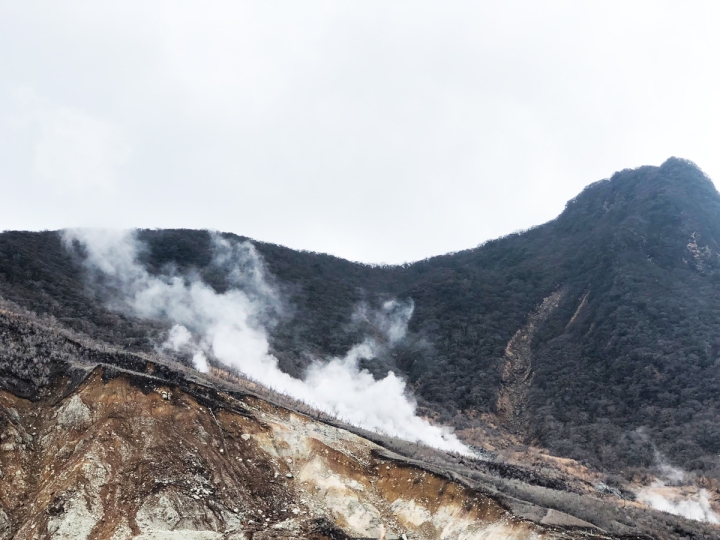 It’s been almost three months since Andre and I tied the knot and flew to Japan for our mini-moon. And last weekend, as I was putting our Japan travel journal together, I was then again shaken by Japan’s beauty. The Land of the Rising Sun has this particular flavour that you’d want to savour over and over again. Writing about it now, in front of the the clamshell that is my laptop, I am reminded once again of how much I am smitten by Japan and how much I yearn to travel back there again next year (maybe for Sakura season this time around!).

The first leg of our Japan mini-moon was at Hakone, a town in the Kanagawa prefecture. We took the shinkansen (bullet train) from Shibuya to Odawara, and then from Odawara, we rode a bus up to our ryokan (traditional Japanese inn) for the evening—Senkyoro. I think we travelled a total of six hours from Shibuya, so you can imaging how rewarding it was to see the ryokan’s entrance—an oasis after the long ride and the freezing winter weather. I highly recommend this place if you’re planning to take a trip to Hakone during the winter; it’s cozy and toasty, peaceful, and filled with good energy. 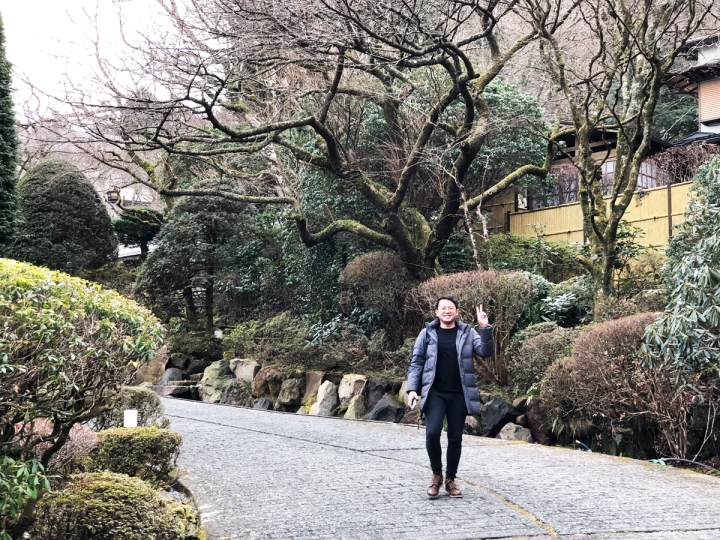 While there are many ryokan studded in Hakone, we particularly chose this one not only because it was highly rated, but also because it allowed me to bathe in the onsen (hot spring) even if I have tattoos, because in Japan, tattoos are associated with the yakuza, or gangstaaas of Japan.

Despite our filling lunch at Sushi Kaneska earlier that day, Andre and I were ready for dinner! Senkyoro serves the most amazing kaiseiki, which is a traditional multi-course Japanese dinner that showcases the ingredients of the season. We were swooning pretty much the entire time. After dinner, we spent some time at our private onsen—a therapeutic dip in Hakone’s hot sprints was just what I needed after a long day of travelling!

Breakfast was equally fantastic—a Japanese breakfast set with ingredients cooked at their simplest, focusing more on natural flavours by enhancing them with either salt or a light glaze, rather than jazzing them up with fancy sauces. Yum! After that, we bathed in the onsen again for getting ready to explore more of Hakone.

We took a bus further up to the ropeway leading to Mount Hakone, which is peppered with sulphurous vapours. It was quite scenic but extremely cold (I think the temperature reached one degree!). We had a leisurely stroll around the area and sampled some snacks such as the famous black-shelled eggs cooked by the vapours, so they’re hard-boiled inside. They’re pretty, though, and remind me of black pebbles! I also got some gifts here for my family and friends. 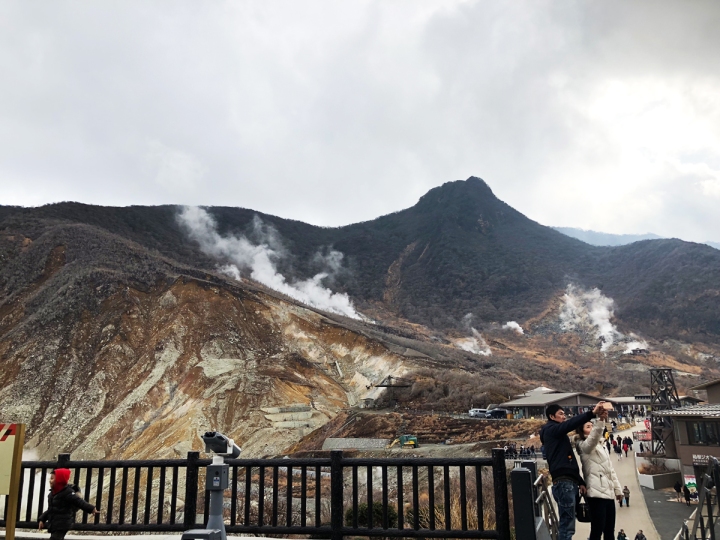 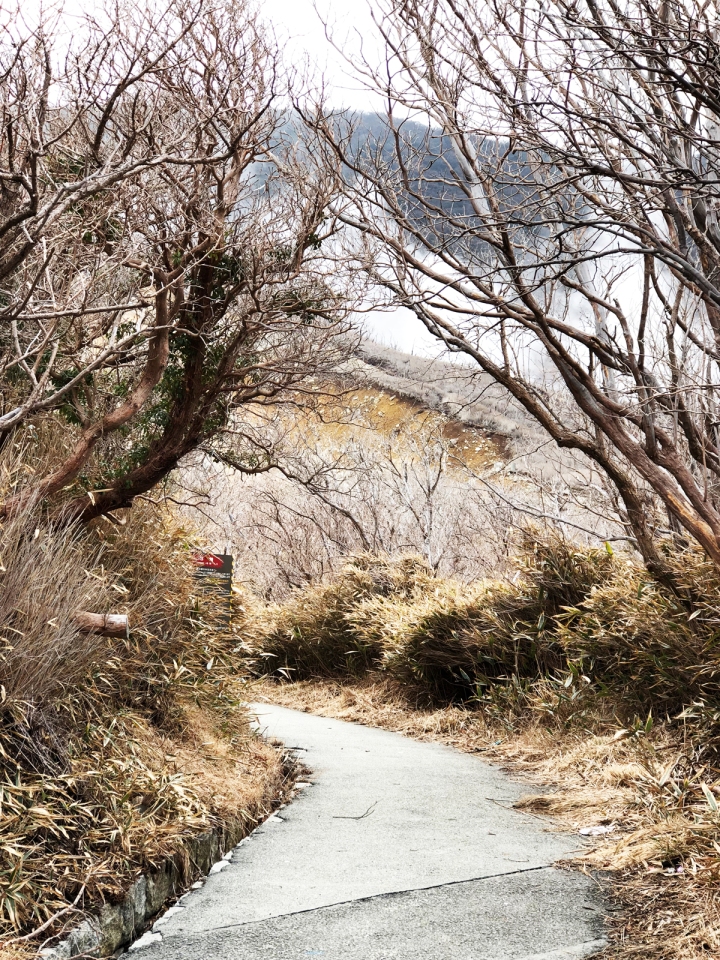 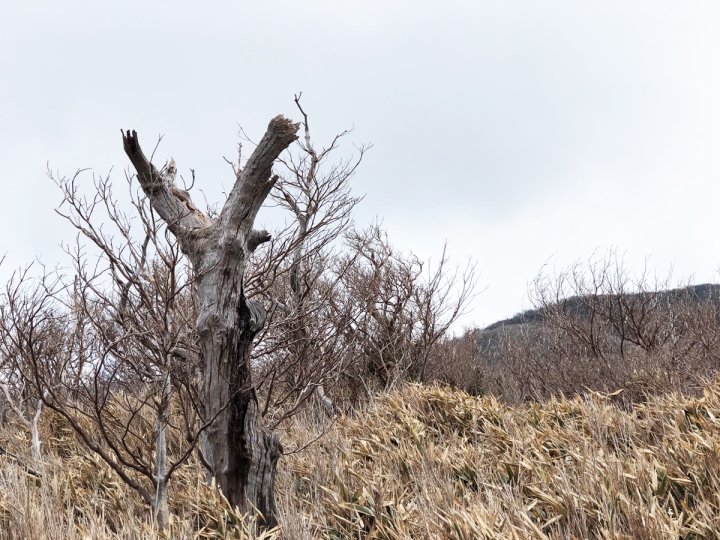 After Mount Hakone, we descended and took a boat to Lake Ashinoko, or Lake Ashi, which is a crater lake known for its autumn leaf colour. Looking out from the boat, the view was as if it was a watercolour painting moving right before your very eyes.

After disembarking at Ashigarashimo District—we found more snacks, haha! I had an onigiri (rice ball), some grilled Japanese corn, and some yakitori (grilled meat—I got chicken hearts and thigh meat with leeks). As expected, they were all excellent. We also paid a visit to the famous Hakone shrine where the Heiwa no Torii or Gate of Peace floats on the shores of Lake Ashi.

From Ashigarashimo, we took a bus back to Odawara station—Senkyoro offers really good services like luggage transportation from the ryokan to the JR station so you don’t have to worry about lugging your bags around! I bought the Green Tea and Muscat Grape Frappuccino I was eyeing when we reached Odawara station the first time (my coffee snob husband knows I will always love my Starbucks), as well as sandwiches for the train ride to Kyoto.

I’ve never been to a place quite like Hakone. The peace and the tranquillity are on a totally different level. The trip to Mount Hakone was great—I had the best milk in my life so far, and Ashigarashimo was so surreal that it felt as if I was walking in the middle of a Japanese animated film set in the countryside. I’m sorely missing Hakone already (and the rest of our trip!), and as the shinkansen from Odawara to Kyoto took off, we were greeted by a lovely surprise.